The quiet achievers that went beyond the books during COVID-19

As the JobKeeper scheme nears its end, the role that tax agents and accountants have played to keep businesses — and people — afloat should not be underestimated.

Back on 30 March 2020, when Prime Minister Scott Morrison announced the JobKeeper package, accountants and tax agents’ phones across Australia started to ring hot.

At the end of the line were business owners in deep distress. Some had been forced to shut up shop due to the first stages of restrictions. Others were in shock watching their revenue plummet.

Then there were those wondering how they would tell their employees they would soon be out of a job.

At that time, the federal government had already announced other stimulus measures, such as the cash flow boost and instant asset write-off extension, to give businesses a lift.

But the JobKeeper scheme was the big one. A fortnightly $1,500 payment that businesses could access to help pay their employees. For many businesses, it was crucial to their survival.

And they all had one burning question for their accountant: “Are we eligible?”

Now, nearly one year on and as we approach the scheduled end of JobKeeper 2.0, we must recognise the central role that accountants and tax agents have played to help their business clients navigate the scheme.

Our industry has had to comprehend rushed legislation and a raft of eligibility issues. Can sole traders get it? What about partnerships and trusts? How is the 30 per cent decline in turnover calculated? Are new businesses and start-ups eligible?

Through conversations with our Tax & Super Australia (TSA) members, we know the profession stepped up enormously. Practitioners endured significant levels of stress to facilitate JobKeeper money into businesses, homes and the community. They attended webinars that detailed the scheme in droves, they read up on it endlessly and shared information with each other.

Their work was central to allowing the scheme to support 900,000 businesses and 3.6 million Australians during its first six months of operation.

The Treasury has estimated that by the end of March, $101.3 billion worth of JobKeeper payments will have gone to Australian businesses and employees. That’s a busy 12 months for our profession.

Of course, the ATO and the Treasury, which had had the mammoth task of designing and administering the scheme, provided support and information along the way, also while under intense pressure.

Yet accountants have carried out the leg work to understand the “real world” application of the rules. Many have done this work for free, or of little charge, to clients.

One of our members, who at one point was spending up to 30 hours a week on the phone to the ATO, told us: “I couldn’t charge them [the client]. I had to cap it. You can’t just charge them for whatever hours you spend on it because they’ll go broke.”

Another, based in the Northern Territory, said it was impossible to charge clients in the early stages of the first lockdown. “You’ve got restaurants, cafés, market stalls, tourism operators, all completely shut down overnight… so the last thing you’re going to do is say, ‘Oh, here’s an engagement letter for coronavirus stuff’.”

In July, at the halfway point of the first phase of JobKeeper, we ran a survey that asked our members how they were managing the work to help their clients through the pandemic. More than a third (35 per cent) said their workload had blown out by at least a month, and 30 per cent said they’d experienced an extra three to four weeks of work.

In a recession, extra work is usually a good thing. But the pressure — and hearing stories of personal devastation — takes a toll. In a more recent survey, nearly three-quarters of members reported experiencing increased anxiety and/or depression during 2020. They cited “work pressures” as the most common reason for this.

Accountants and tax agents typically go about their work in an unassuming way. But this pandemic has highlighted the crucial business and personal support they can provide in a crisis.

The quiet achievers that went beyond the books during COVID-19 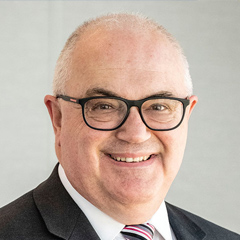