Although most of us will remember 2020 as a year of enormous disruption and difficulties, it likely represents the zenith of tax administration in Australia, writes David Hughes.

Driven by the Treasury’s JobKeeper and cash flow boost programs, the ATO pivoted in a way never seen before in an organisation of over 20,000 employees. In a surprising, but necessary, decision, the Commonwealth government tasked the ATO with supporting nearly 1 million businesses and 3 million employees.

In the first iteration of JobKeeper alone, the ATO handed out nearly $9 billion in payments.

So successful was the ATO’s administration of this program, the Treasury noted: “Around 97 per cent of claims have been paid to employers within three business days of employers making the employee declaration.”

Only the ATO had sufficient resources, data and capabilities to manage such a large stimulus measure.

The fact they did so with such efficiency and aplomb is a testament to the hard work, dedication and leadership of tens of thousand public servants. It is without doubt that the stunning economic recovery Australia has enjoyed in such a short time is due not just to the Treasury, that designed the packages, but also the ATO for their administration.

Many long-time observers and tax professionals — including the writer — stated loudly and publicly that the ATO and commissioner Chris Jordan were to be commended for their incredible efforts.

These efforts doubt came at a cost. Many, if not most, frontline officers were seconded from their day jobs to administer the stimulus measures, often working both jobs simultaneously.

Deadlines were stretched and audits were put on hold. Yet, aside from the stimulus measures themselves, the officers were still able to engage with taxpayers and their advisers in a manner bordering on empathetic.

Advisers worked with the ATO collaboratively to sensibly resolve at least some long-standing audits and waive penalties and interest where appropriate. Debt officers offered generous, but necessary, payment terms. Of course, it was not perfect, with some unusual decisions on technical points, but generally, 2020 clearly demonstrated that it was possible for ATO officers to work with advisers to achieve the best outcome for both taxpayers and the Australian community as a whole.

That spirit of co-operation has not survived into 2021.

So far in 2021, the approach of at least some within the ATO seems to have reverted to a former era of aggressive and wrong-headed tax administration. This is evident particularly in the areas of private groups and small business.

While perennial issues such as Division 7A loans remain properly an area of focus, the issue which has caused the most consternation among taxpayers and advisers is the approach to audits of discretionary trusts.

The ATO’s audit processes, particularly in relation to the perceived use of reimbursement agreements under section 100A3, have been aggressive, slow, expensive and misconceived.

Discretionary trusts are, of course, a significant vehicle among families and private groups. The ATO estimates that by 2022, there will be 1 million trusts in Australia, the most common of which are discretionary.

Advisers have long recommended this type of trusts due to its flexibility. The discretionary trust is an ideal structure to meet the evolving investment needs of a family group, as it allows investment income to be directed to different beneficiaries, and also provides asset protection.

Successive commissioners of taxation have long harboured a degree of scepticism towards the use of discretionary trusts. Tax avoidance cases have often featured purported ownership of business assets through discretionary trust structures, as a means of diverting an individual’s personal professional income to family members.

A little over 10 years ago, the commissioner reversed a long-standing position on the use of corporate beneficiaries (often referred to as bucket companies) as a means of capping trust income at the corporate tax rate.

The mechanism which concerned the commissioner was the use of unpaid present entitlements from the trust to these bucket companies — that is, trust income, which was distributed for tax purposes, but not paid. These unpaid distributions are available for the beneficiaries to call upon, but the trust income is retained by the trustee — typically to fund business exigencies and growth.

The commissioner’s approach to these bucket companies was to release a consultation paper and draft ruling in 2009, followed by a finalised ruling in 2016, accompanied by a comprehensive practical set of guidelines, with safe harbours.

The changed approach then became operative from the following tax year. With respect, this seems an eminently sensible way to manage significant changes to tax administration. The new approach was very controversial among advisers, who continue to question its correctness.

Contrast this with the commissioner’s recent attack on trust distributions: the use of section 100A.

Section 100A is a relatively old provision, introduced in 1979 to counter a species of bottom-of-harbour era tax avoidance schemes, commonly referred to at the time as trust stripping. It attacked arrangements designed to add a tax-exempt beneficiary to a trust, who received trust income without the payment of tax, and who compensated the original beneficiaries through a tax-free payment.

It was clearly not intended to impugn family dealings. So much is clear, because section 100A includes a specific exemption for ordinary family or commercial dealings.

Nevertheless, the commissioner has recently dusted off this provision to attack distributions made to adult children, in circumstances where those children do not immediately receive the full benefit of that distribution.

This position reverses decades of administrative practice. This would be bad enough, but unlike the 2010 changes outlined above, there have been no warnings, public consultations or published draft rulings.

Instead, approximately two years ago, the commissioner simply commenced reviews, which then escalated to audits, with the stated intention of identifying an appropriate test case for litigation.

Still worse, these audits are more than standard reviews of paperwork. Instead the audits have involved intrusive examinations of family members and their advisers, using the commissioner’s extensive formal investigative powers.

Some within the ATO seem to have lost sight of the emotional impact and family stress involved when barristers pose aggressive questions to 19-year-old children, under oath, with tape recorders running.

This is an inappropriate and unnecessary way of changing taxpayer behaviour. This is particularly so when the commissioner has continued his silence on his view on the meaning of ordinary family dealings.

A draft tax ruling exists, but few have seen it. The commissioner delayed the release of draft ruling last year, ostensibly because of COVID-19. Meanwhile, some of these section 100A audits are now entering their third year. The anxiety surrounding these audits has become a part of some families’ daily lives.

Curiously, as part of the commissioner’s Tax Avoidance Taskforce in relation to trusts, the commissioner obtained a report from RMIT into the interaction of trusts with the tax system, particularly as they relate to high-net-worth individuals. The resulting report is a fascinating example of finding exactly what you are looking for, by ignoring all other possibilities.

To conflate such aggressive tax avoidance with an ordinary family, distributing investment income to children, is simply unwarranted and prejudicial.

Virtually all taxpayers involved in the section 100A audits are baffled as to why they are being treated like criminals when they have simply employed the same accounting treatment as generations before them.

Taxpayers deserve better than this. The hallmark of good tax administration is one where taxpayers are aware of their obligations and expect (and receive) fair and efficient treatment.

In such a system, voluntary compliance with tax laws becomes the accepted norm of taxpayer behaviour.

Fortunately, we have a very recent example of the absolute best tax administration. It is hoped that officers of the ATO remember the many positive experiences and co-operation throughout 2020, and 2021 quickly brings to an end certain legacy examples of poor tax administration.

Australia is a better country when taxpayers and the Commissioner of Taxation work together. 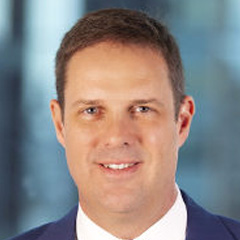