A closer look at the small business restructuring reforms

There is plenty in the news about an upcoming wave (some still say avalanche) of insolvencies, especially once the federal government financial support mechanisms finish at the end of March.

And while initiatives such as the small business restructuring reforms were introduced to help COVID-19-impacted SME businesses — and have now come into effect — they’re not as simple as the politicians would have us believe.

The Corporations (Corporate Insolvency Reforms) Act 2020 and the Corporations Amendment (Corporate Insolvency Reforms) Regulations 2020 were incorporated to, in part, introduce the Small Business Restructuring Process and the Simplified Liquidation Process. These reforms are intended to give financially challenged SMEs with debts under $1 million the ability to restructure or close down their business in a more efficient and cost-effective manner, than is currently available.

Unfortunately, intentions don’t always translate into outcomes, and while this legislation’s intention is sound, in practice the outcomes may not entirely be delivered.

With that in mind, let’s discuss the “good, bad and ugly” elements of the reforms.

The SBR Process is a director-initiated and controlled process, whereby a compromise “plan” is presented to creditors for their consideration and approval.

There is plenty of good to be found within the SBR Process, especially as the reforms encourage earlier intervention. For one, all statutory taxation reporting is required to be completed and employee entitlements paid before an SBR plan can be presented to creditors.

There will also likely be a requirement to cash-flow the business (without access to trade credit) to trade through the restructuring and proposal period, which is a minimum of 35 business days. This suggests that the business must engage with the process when cash reserves are sufficient to meet the cash-flow gap that’s likely to occur. This is actually in contrast to the majority of businesses with less than $1 million of liabilities that have historically entered Creditors’ Voluntary Liquidation.

Other good points include that the debtor remains in control and that the seven-year exclusion period means the process cannot be initiated if a director has previously utilised the SBR Process. This “one-strike you’re out” inclusion should encourage debtors to put their “best foot forward” when constructing a plan.

The Bad: lack of transparency

One negative is the lack of transparency around the reforms. This is most evident in the fact the SBR practitioner isn’t required to provide a report to creditors that sets out a recommendation for them. In fact, the creditors will only see the assets and liabilities to be included in the SBR plan — and not necessarily the full financial position.

This is a deliberate approach, as it represents one of the SBR Process’s main anticipated cost savings. However, in practice, it is hard to imagine that creditors will be willing to support a plan that proposes debt forbearance or forgiveness, without understanding why or what their alternatives may be. There is an obligation on the SBR practitioner to consider whether the winding up of the debtor would be in the interests of creditors; however, without reporting on that investigation, are creditors simply being asked to trust the SBR practitioner, without recourse? And if the SBR practitioner undertakes the level of enquiry necessary to form and support that view, will this significantly impede the anticipated cost savings of the process?

Another downside is that if the SBR proposal fails, the company is returned to the directors, as unlike the voluntary administration process, the creditors’ control is limited to approving the SBR plan. This may lead to the creation of more zombie companies if the debtor has exhausted its cash resources and is unable to pay for its winding up.

In my view, the legislation was drafted very quickly and there was limited consultation with the industry. It encompasses four pieces of separate legislation, making it very complex to follow.

There are also double-up requirements and anomalies for the SBR practitioner, and the complexity created will likely impede the ability to create a streamlined, cost-efficient outcome for the debtor company. This may limit the effectiveness of the process.

But the legislation is still very new and perhaps there will be additional practical refinement down the track.

This applies only to a creditors’ voluntary winding up of a company where the action began on or after 1 January 2021. Unlike the SBR Process, the process is not overly different and there appear to be limited benefits for either debtor, creditor or practitioner. So, while I’m still looking for the “good”, there is definitely some “ugly”.

The relief for creditors from potential unfair preference claims is a “furphy”. If a liquidator had all the information needed to undertake a preference review before the ninth business day, the adoption would only occur if that investigation hadn’t identified any potential transactions that might be considered an unfair preference. If there was any doubt, the liquidator would likely leave the company in creditors’ voluntary liquidation to avoid any potential criticism for minimising the potential realisations in the winding-up process.

If there were no transactions identified, then the reduced criteria is irrelevant.

There is significant doubt as to the likely cost savings of the process. Investigations are still required to identify any breaches of director duties, voidable transactions or insolvent trading. The process reduces reporting requirements and eliminates creditors meetings. However, the Insolvency Law Reform Act 2016 reduced the creditor reporting requirements and allowed, in certain circumstances, for a Creditors’ Voluntary Liquidation to be undertaken without the need for a creditors meeting. As such, it is difficult to imagine that significant cost savings will be available under the Simplified Liquidation Process due to this reduced compliance burden.

Finally, the seven-year exclusion period for a director from using the SBR Process, if the Simplified Liquidation Process is initiated, could significantly impede a future business from being saved due to a nomination outside of the director’s control.

Overall, though, more options are a positive

By providing more framework options for SMEs that find themselves in financially challenging situations, the debtor, creditor and practitioner working together should be able to produce better outcomes for all. However, as always, the “secret sauce” is early engagement with an expert; there is nothing simple about the circumstances or options for businesses in financial distress.

I feel that, once again, it is likely to be the actions of the stakeholders and an effective undertaking of the most relevant insolvency procedure that produces positive outcomes for all parties.

A closer look at the small business restructuring reforms 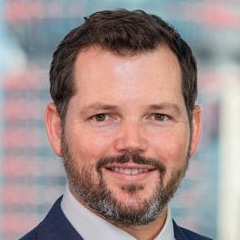